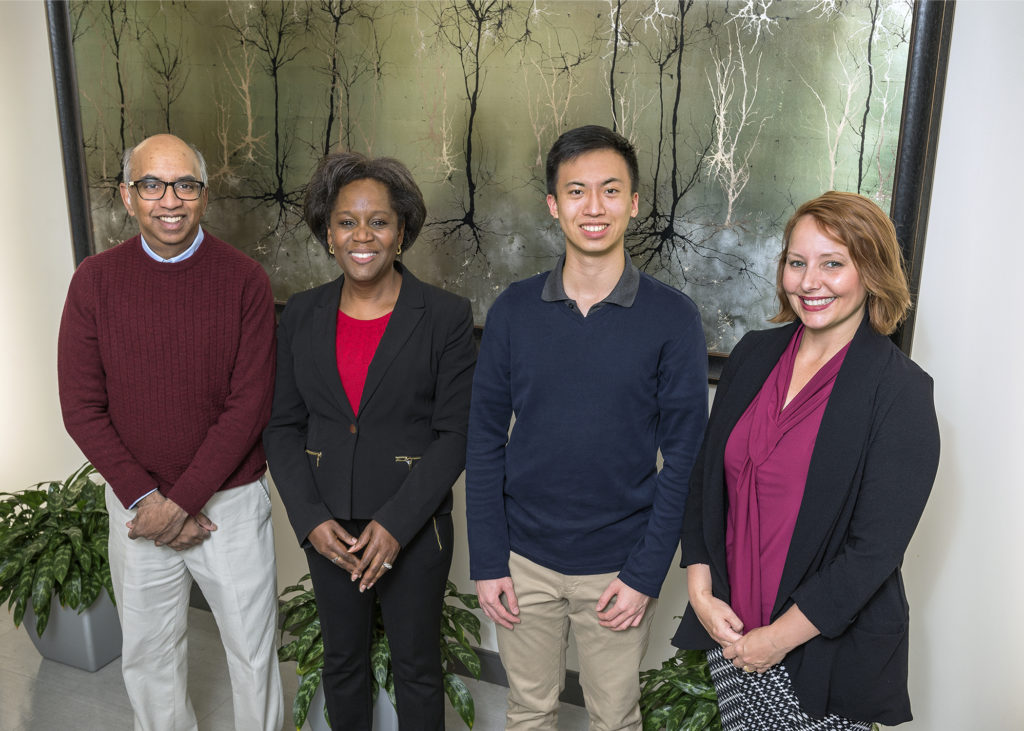 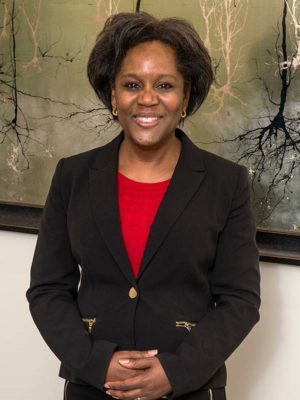 Dr. Amanda Brown joined Johns Hopkins University School of Medicine (JHUSOM) in 2004 and moved up the faculty ranks, achieving to date the level of Associate Professor in December 2016. She has made major contributions to the identification and understanding of cellular pathways involved in primary human macrophages that are required for HIV-1 replication and which promote a proinflammatory environment in the brain. The goal of research in her laboratory is to identify and understand the molecular mechanisms leading to HIV-mediated inflammation in the brain and its impact on neuronal function, learning, and memory. The product encoded by the SPP1 gene is a unique multifunctional protein that is elevated in the central nervous system in HIV-related neuronal damage and other well-known neurodegenerative disorders. Her lab is using several experimental paradigms to test hypotheses, including humanized mice, which can be productively infected with HIV and subjected to neuroimaging and behavioral testing, as well as in vitro human myeloid, and neuronal culture models to dissect and understand molecular mechanisms. With these approaches, the ultimate aim is to apply the knowledge gained to develop new and better treatments to ameliorate HIV-associated cognitive comorbidities. Her research has been funded with support from the National Institutes of Mental Health, the National Institutes of Neurological Disorders and Stroke and the Landenberger Research Foundation.

Alongside of running an independent laboratory, Dr. Brown is enthusiastically invested in training and inspiring the next generation of neuroscientists and mentoring is a key core competency in this work. She has for the last 11 years directed a philanthropic- and National Institutes of Mental Health (NIMH) funded program, the Johns Hopkins Internship in Brain Science Program: Project Pipeline Baltimore, that provides experiential research training in HIV-associated neuropsychiatric disorders and neuroscience topics to high school students. She co-directs another NIMH-funded program to increase workforce diversity in the area of HIV neuroscience and mental health that targets trainees at the graduate to early career levels. She also serves as co-director of the Developmental Core for the NIMH Johns Hopkins Center for Novel Therapeutics for HIV-Associated Cognitive Disorders, mentoring since its inception over 30 young investigators and early career faculty to secure pilot grant funding and apply for larger grants. Dr. Brown has mentored over 157 high school junior and seniors, and with 10 of the 21 undergraduates, has published cited journal articles with them. Among the undergraduates from URM backgrounds that she has mentored several have received advanced degrees at Ohio State University, Massachusetts Institutes of Technology (MIT), University of California San Francisco (UCSF), and the University of Kentucky. These trainees have continued their training to become postdoctoral researchers and physicians. Through the didactic web-based program, Translational Research in NeuroAIDS and Mental Health, she has helped bring training to 380 graduate-level to early career faculty. At the institutional level, she has for the last four years, served on the school wide Diversity Leadership Council, and through efforts on the Faculty Development and Recruitment Subcommittee helped formulate recommendations to university leadership and played a key role in the roll out of the Roadmap, a living institution wide plan to increase excellence in diversity and inclusion at all levels of the university. Lastly, she has since 2015, led the JHUSOM clinical neuroscience department’s engagement and outreach efforts with community in Baltimore City.

Dr. Brown was selected as a Keystone Symposia on Molecular and Cell Biology Fellow for 2014, the AAMC Mid-Career Minority Faculty Leadership Seminar and for her work in helping to diversify the training pipeline, in 2014 she received the Johns Hopkins Diversity Leadership Award. Most recently she was nominated for the Provost Prize for Faculty Excellence in Diversity, nominated for the Inaugural NINDS Story Landis Mentoring Award and in 2018, received the Johns Hopkins University School of Medicine Living the Hopkins Mission Honor. 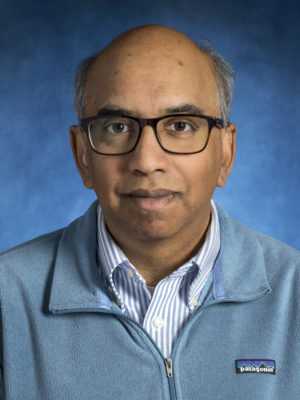 Dr. Ratnanather is Associate Research Professor of Biomedical Engineering. He is affiliated with the Center for Imaging Science and Institute for Computational Medicine. He has been applying computational neuroanatomy methods, specifically segmentation, cortical morphometry including thickness, diffeomorphic registration and shape analysis in a wide variety of diseases: schizophrenia, Huntington’s, Alzheimer’s, Epilepsy, Depression, Deafness, cardiovascular, Parkinson’s, Autism and ADHD. In 2012, his group’s application of diffeomorphic whole body mapping was recognized with the Farrington Daniels Award by the American Association of Physicists in Medicine for the best paper in radiation dosimetry in Medical Physics. Dr. Ratnanather was the first person with profound congenital hearing loss in the world to get a DPhil (PhD) in Mathematics (at Oxford) and to do postdoctoral research in auditory neuroscience (at JHU). In 2015, he was awarded the 2012 Presidential Award for Excellence in Science, Mathematics and Engineering Mentoring (PAESMEM) in recognition of his work in recruiting and mentoring an unprecedented number of individuals with hearing loss in the United States and abroad into STEM fields. In addition to mentees now in residency or fellowship programs in radiology (Wisconsin), pathology (University of North Carolina, Emory School of Medicine) and internal medicine (Johns Hopkins), one mentee became the first person with hearing loss to get a PhD in Biomedical Engineering at JHU and now is Associate Professor of Otolaryngology at Oregon Health and Science University where another peer mentee is also Professor, and another mentee is Clinical Assistant Professor of Anesthesiology at Rhode Island Hospital. Also in 2015, he received an award for outstanding leadership in the field of spoken and listening language by the Alexander Graham Bell Association for the Deaf and Hard of Hearing (AGBell). More recently, in 2017 he received honorable mention for the Provost’s Prize for Faculty Excellence in Diversity. He wishes to help a growing and untapped pool of high school and college students with hearing loss who are benefiting from advances in cochlear implants and hearing aids and wish to pay back to society by working in STEM and medicine. 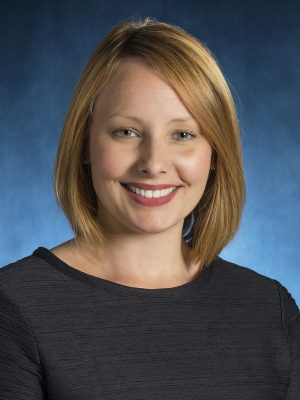 Heather is the Education Programs Manager and will provide guidance and administrative support to the students and faculty who are part of these research training programs. Heather’s aims are to help students and new investigators develop their skills in the health sciences through education and hands-on training by organizing science conferences, retreats, courses in grantsmanship and professional development, and lab experiences. Prior to joining Johns Hopkins, Heather worked as a Neurosurgery Residency Program Coordinator, was a Clinical Research Assistant for multiple brain and spinal cord injury studies, and also served active duty as a Combat Medic in the United States Army at the rank of Sergeant. Heather graduated with a Masters of Business Administration (M.B.A.) from University of Maryland Global Campus and a Bachelor of Science (B.S.) in Health Systems Management from the University of Baltimore. She is an active volunteer in programs within the University such as the annual C.A.R.E.S Symposium, Johns Hopkins Adopt-a-Class Program and the Johns Hopkins Commencement Ceremony, as well as other social and spiritual community programs such as Moveable Feast, United Way and Bible Study Fellowship (BSF). 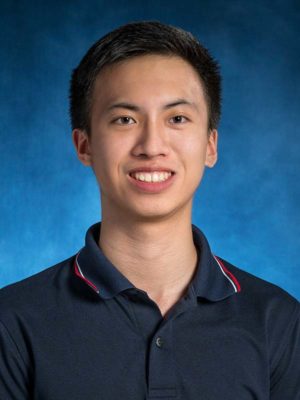 George is the JHNSP Program Manager and has previously collaborated with Dr. Amanda Brown with the Johns Hopkins Internship in Brain Science Program: Project Pipeline Baltimore. He is a recent graduate of Johns Hopkins University, earning a Bachelor of Arts in Behavioral Biology and minor in Entrepreneurship and Management. During his undergraduate years, he served as a Research Assistant in the Brown lab, studying the effects of osteopontin on HIV-induced neurons. In addition, he worked as a chemistry Teaching Assistant, a Resident Advisor, and a basketball coach for local middle school students. George is invested in giving back to his communities and is currently applying to medical school with the intention of becoming a physician-leader in the future.